Our cover picture this week shows Mercury, the top component of the Short-Mayo composite aircraft, in flight during its tests at Rochester, Kent. Normally this seaplane will be so heavily loaded that it will require the aid of Maia, the lower component, to assist it into the air.

You can read more on the Short Mayo composite aircraft in part 1. 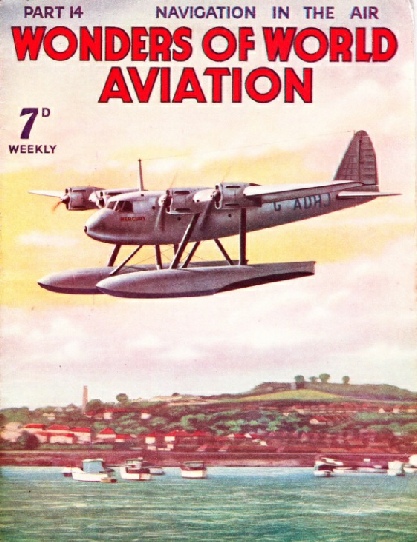 The Principles of Navigation

How Bird’s-Eye Views Are Used

Romance of the Wright Brothers

The Principles of Navigation

How a pilot plots his course and uses a compass to maintain it while in flight. For ordinary flights there are three essentials. Firstly, the map should incorporate the (north and south) lines of longitude as straight lines, and the (east and west) lines of latitude as straight or nearly straight lines. Secondly, the difference between true (or geographic) north and magnetic (or compass) north should be indicated. Thirdly, the scale to which the map is drawn should be marked. With this information the pilot can measure beforehand the course he has to fly and how long it will take him to cover the distance between two places on the map. This chapter is by Captain Norman Macmillan.

HIGH-WING, TWIN-ENGINED BRACED MONOPLANE of the type used on the services between Paris, Lyons, Marseilles and the French Riviera. Until their replacement by Dewoitine 338s, they were used on the Far East service. This Potez 62 aircraft, which is named Cigogne (Stork), has two Gnome-Rhone 14Kirs fourteen-cylinder radial engines, which are air-cooled and supercharged. The Cigogne’s span is 73 ft 7½-in, her length is 56 ft 9½-in, and her height 12 ft 9-in. The wing area is 818 square feet. The weight loaded is 16,500 lb. Maximum speed at 6,560 feet is 202 and cruising speed at the same height 174 miles an hour. The normal range is 620 miles.

TESTING THE CO-ORDINATION of a candidate's eyes, hands and feet. Seated in the “cockpit” chair, with his feet on the ruder-bar and his hand on a control column, the candidate watches a spot of light moving on the face of a cathode ray tube before him. By correctly combined movements of stick and rudder-bar he has to try to keep the spot on the point of intersection of two black lines, bringing it back each time the mechanism throws it off-centre. As additional tests, distractions from an electric buzzer, or red and white flashing lights come  into operation from time to time and have to be stopped by the candidate without interruption of the main test.

The high standards of physical fitness demanded in the specialized examinations of the Central Medical Board of the Air Ministry. This chapter is by T Stanhope Sprigg, and is concluded

How Air France serves Europe and links Chile with Indo-China. France is still one of the leaders of world aviation. In 1933 the five principal air lines in France were merged in to one organization, Air France, which now operates about 23,000 miles of air routes. Air France’s development to its present efficiency has maintained the French tradition for pioneering. The five fleets which were taken over by Air France in 1933 had a total of 259 aircraft, of which 226 were land-planes, and thirty-three were seaplanes or flying boats. One hundred and eighty of the land-planes were single-engined machines, and the seaplanes and flying boats were single- or twin-engined craft. These machines were unsuitable for routes which were to extend to about two-thirds of the world’s circumference, and they had to be replaced by various types of aircraft which would suit the conditions of the new routes. How this task was accomplished, and how the routes were developed, form the subject of this chapter by Sidney Howard.

ONE OF THE GOLDEN CLIPPERS. This low-wing Wibault 282 monoplane, named Le Glorieux, has three engines. Monoplanes of this type, seating ten passengers, were used between 1933 and 1938 on the ninety-minutes’ London-Paris service. In 1938 the Golden Clippers were replaced on this service by faster Marcel Bloch monoplanes, which reduced the journey time by fifteen minutes.

Romance of the Wright Brothers

How the successful Orville and Wilbur Wright aeroplane of 1903 was developed from glider designs. When we reflect on the part that France has played and still plays in world aviation it is a remarkable thing that France should have shared the world’s indifference to the momentous achievement of the Wright brothers, who made the first power-controlled flights in an aeroplane. These historic flights took place on December 17, 1903. If we can imagine a world today without aircraft, but with the publicity that is inseparable from almost all human activities, we can imagine also how the news that man had at last conquered the air would be received. But on December 17, 1903, not only was the world indifferent to this amazing feat; but not even a newspaper thought it worth while to send a reporter to see what was to be one of the greatest news stones of the century, although there was nothing secret about the attempt. The later flights of the Wright brothers also were ignored, and it was not until Wilbur Wright went to France in 1908 that the critics were converted. The story of the Wright brothers’ achievements is the subject of the sixth chapter in the series Makers of Air History. This article is written by H. G. Castle.

The Wright Aeroplane in France

THE WRIGHT AEROPLANE IN FRANCE. Wilbur Wright made a number of flights in France in 1908, and convinced the sceptics in Europe of the achievements he and his brother had claimed. His first flight in France was on August 8, 1908, on the Hunaudieres racecourse near Le mans. The general design of this machine was the same as that of its predecessors, but the pilot and passenger were in a sitting instead of a prone position and a more powerful engine was used.

The Internal air lines and the possibilities of air services to other countries. The problems of establishing air services to New Zealand are considerable. The Dominion is not, at the time of writing (1938), linked by regular services with the air route between Great Britain and Australia. Because of the isolated situation of the Dominion and the geographical characteristics of the country, commercial aviation has developed slowly. The first regular air line was inaugurated in December 1934. Recently, progress has been accelerated and the four companies now operating aircraft services in New Zealand have co-operated to provide swift transport for passengers and mail. This chapter is by Sidney Howard.

How Bird’s-Eye Views are Used

The scientific applications of cameras specially designed to work from aircraft. Everybody has now become familiar with the bird’s-eye views aptly applied as illustrations. Oblique views are useful in teaching geography. The archaeologist finds these views invaluable. Parliamentary Committees and similar bodies are frequently called upon to study them in connexion with proposals to amend boundaries and with other problems of administration. The coming of the aeroplane enabled the air-view operator to choose his view and his viewpoint instead of being limited in his choice by the wind and other factors inseparable from work in balloons. This chapter is by Squadron Leader P. R. Burchall and is the third article in the series on Air Photography.

Pan American Flying Boat in the Harbour at Auckland

THE PAN AMERICAN AIRWAYS FLYING BOAT, SAMOAN CLIPPER, in the harbour at Auckland, New Zealand. This flying boat made two trips across the pacific from the United States to New Zealand, to survey the route for a regular service. On the first official flight from San Francisco, the flying boat met with disaster.

CONTROL TOWER AT LE BOURGET AIRPORT, Paris. From Le Bourget Air France, either independently or in conjunction with other companies, operates services in many directions. North-west, north and east, the air lines reach London, Brussels, Rotterdam and Amsterdam, Cologne and Berlin. Strasbourg and Prague - for Warsaw or for Vienna, Budapest, Belgrade and Bucharest. Going south are the trunk line to Marseilles - for Cannes, North Africa and for the Levant and the Far East. 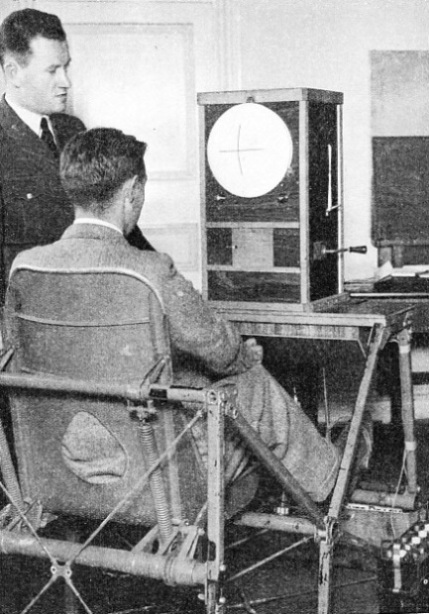 Swinging the Compass of an Avro Anson

SWINGING THE COMPASS OF AN AVRO ANSON. The metal in an aeroplane produces inaccuracies in the readings shown by its compass. These inaccuracies vary with the compass bearing in which the aircraft is pointing. They are corrected as far as possible by small magnets placed in the compass. The residual difference between compass bearings and the correct magnetic bearings are termed deviation. Deviation readings are taken at bearings 45 degrees apart. This process is known as swinging the compass, and is carried out on a circular concrete base on which are marked true magnetic bearings. 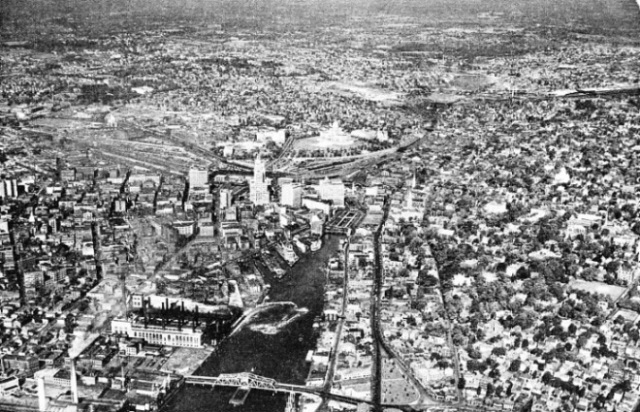 OBLIQUE AIR VIEW of the city of Providence, Rhode Island, USA. The camera in the aircraft is inclined at an angle of about twenty degrees below the horizontal to obtain the best effect. It is noticeable how well buildings, trees, roads, rails and waterways stand out in such photographs.

The European Network of Air France

THE EUROPEAN NETWORK OF AIR FRANCE is centred in Paris. This map shows how various capital and other cities are connected; in addition, it indicates the beginnings of the great trunk routes to South America and to French Indo-China. 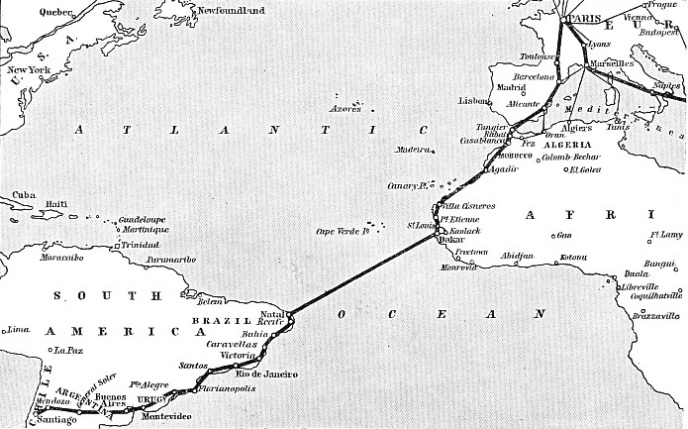 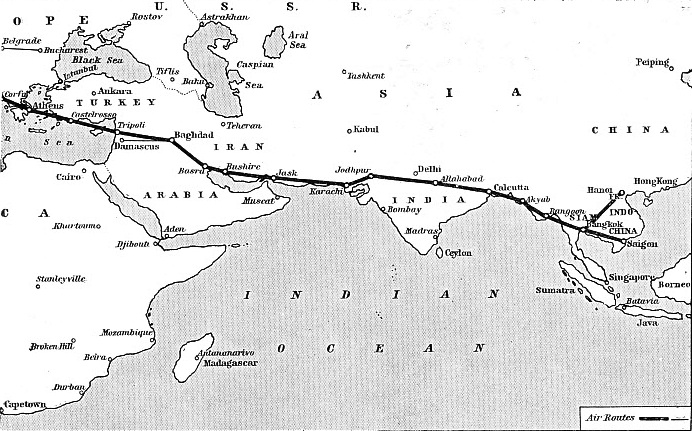 TWO GREAT TRUNK LINES are operated by Air France. One line, trending south-west, links Paris with South America; the other, or south-eastern line, provides direct air communication between Paris and French Indo-China. The south-western route is normally by way of Toulouse or Marseilles, Barcelona and Alicante to Tangier, Morocco. Thence the west coast of Africa is followed as far as Dakar. The South Atlantic Ocean is crossed between Dakar and Natal, Brazil. From Natal the route is via Rio de Janeiro, Brazil, and Montevideo, Uruguay, to Buenos Aires, Argentina. The aircraft cross Argentina to Mendoza,whence they fly over the Andes to Santiago, Chile. Aircraft on the south-eastern route fly from Marseilles, via Naples and Athens to Tripoli, Syria. Motor cars take passengers from Tripoli to Damascus. Thence the route is via Baghdad and Basra, Iraq, Bushire, on the Persian Gulf, and Jask, Persia, to Karachi. British India is crossed between Karachi and Calcutta. Through Burma the aeroplanes fly to Bangkok, capital of Siam, where the route forks. One branch goes north-east to Hanoi, capital of Tongking; the other south-east to Saigon, capital of French Cochin China. 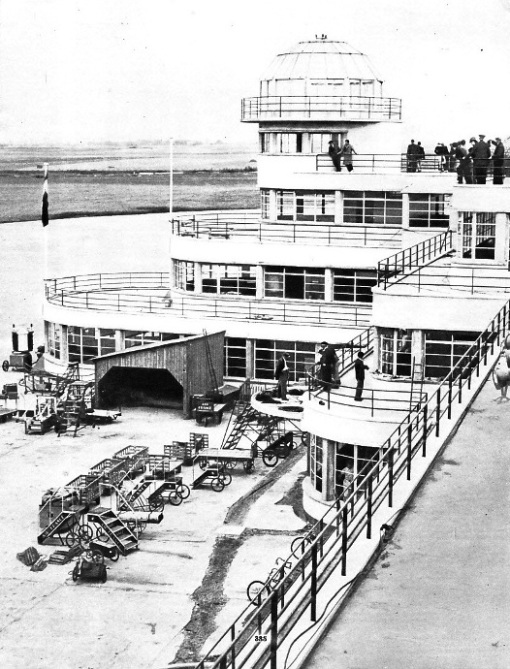 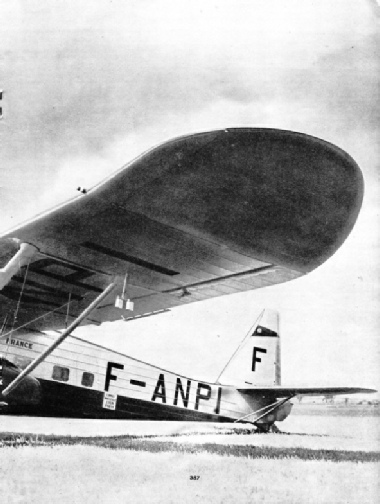 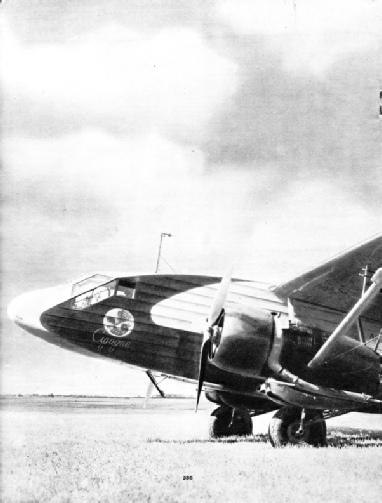 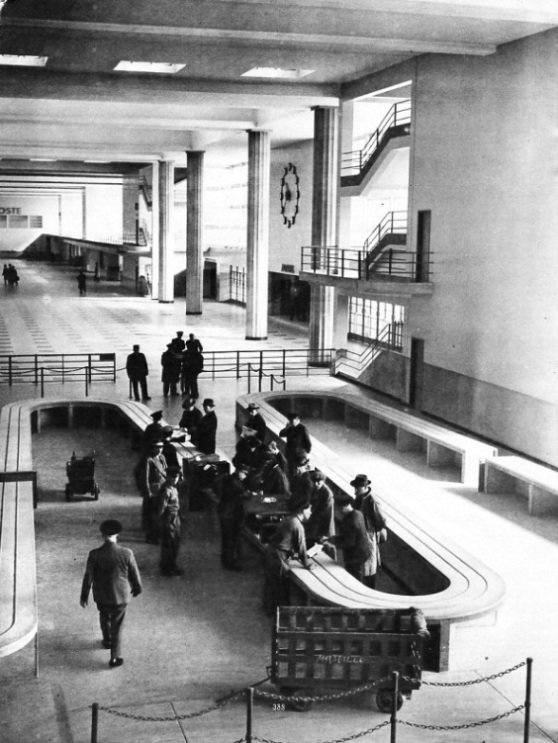 EXAMINATION OF PASSENGERS’ BAGGAGE at Le Bourget Airport. Customs examinations at airports are carried out with a minimum of inconvenience to the passengers, as there is no crowding such as is often experienced in ordinary custom offices and sheds. The new buildings of Le Bourget Airport were opened in November 1937. 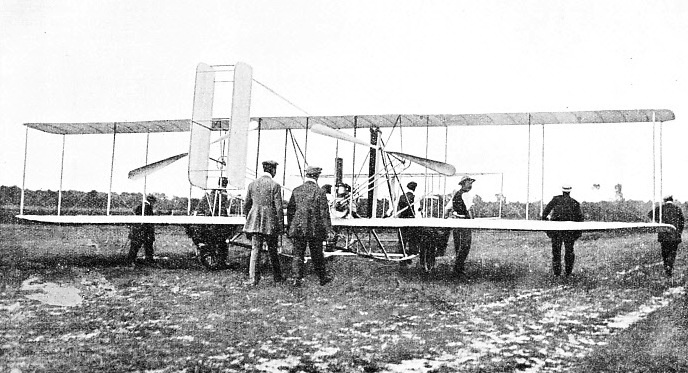 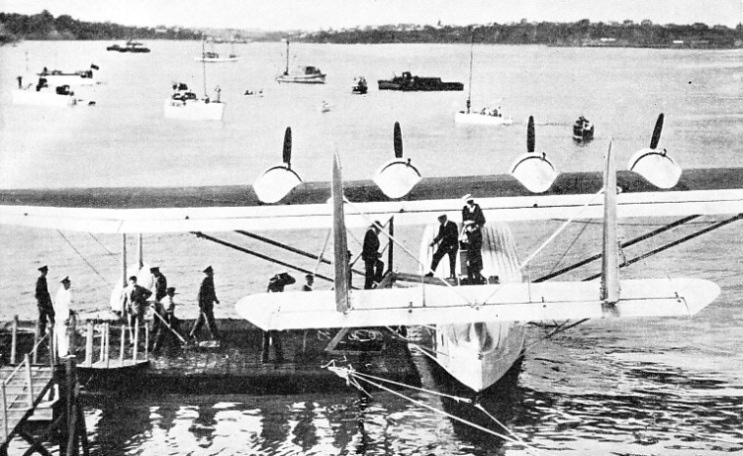 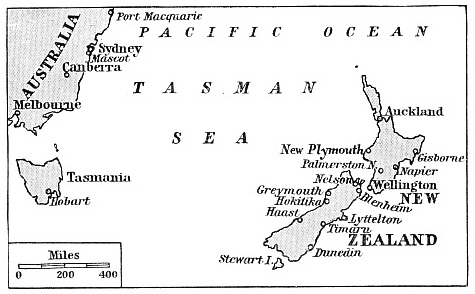 THE DISTANCE FROM NEW ZEALAND TO AUSTRALIA is about 1,300 miles. There have been several notable flights across the Tasman Sea which separates the two Dominions. To fly across this sea from New Zealand is more difficult than to fly in the opposite direction, because the east to west flight is against the prevailing winds.