Our cover picture this week shows the tailless Pterodactyl aeroplane undergoing tests at Yeovil, Somerset. This design, invented by Captain G. T. R. Hill, was evolved to give better stability than is inherent in the standard type of aeroplane and to avoid the dangers of stalling.

This illustration was later used as the colour plate in Part 39, forming part of the article on Unconventional Aircraft. 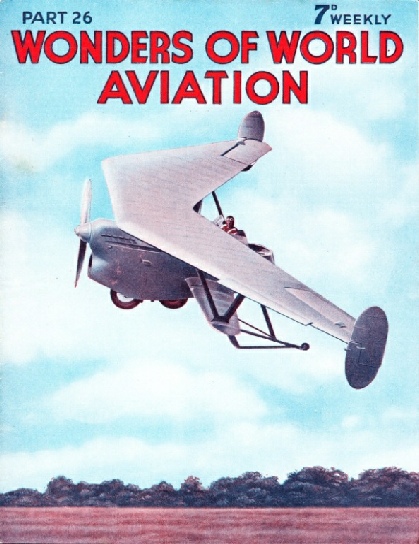 The development of modern heavier-than-air machines shows a constant progress towards ever greater speeds and higher altitudes. It is not surprising that the upper atmosphere should be an attractive goal for aeroplane designers. Travel in these highly rarefied regions would necessitate the expenditure of but a fraction of the power required to overcome the resistance offered by the denser air at the lower levels. In this chapter, Laurence Bishop describes the means by which aircraft propelled by rockets may one day solve the problems of stratosphere flight.

If the day of the spectacular air races and contests is over, there are still many valuable trophies to be won by the modern flying man. In this chapter T. Stanhope Sprigg tells the stories of some famous air trophies. The article is concluded from part 25.

The Handley Page 42 type of air liner is one of the most remarkable in the world. Eight of these machines were ordered by Imperial Airways and in June 1931 the first began flying between London and Paris. In this chapter, J. Laurence Pritchard describes this air liner which set a new standard of comfort and safety during flight.

This is the first article in the series on Famous Aircraft.

A Record Crossing of the North Atlantic

A RECORD CROSSING OF THE NORTH ATLANTIC from east to west was made in 1933 by Mollison, accompanied by his wife, in the Seafarer. They were attempting to make a non-stop flight from Great Britain to New York, but shortage of petrol forced them down when they were only about twenty minutes’ flight from New York. The Seafarer was a De Havilland Dragon aircraft in which the passenger seats had been replaced by extra petrol tanks.

EVERY INCH OF THE HULL IS CAREFULLY SCRUTINIZED when a flying boat is overhauled. This scrutiny is conducted from inside and also from outside. Each rivet has to be checked for tightness and the exterior is examined minutely for dents or scratches that might have removed the protective covering of the metal. This covering prevents corrosion, which would otherwise occur rapidly due to the effects of salt water and air.

RATED AT 1,000-1,050 HORSE-POWER, the DB 600 petrol engine is installed in many of Germany’s fastest aeroplanes. It is a twelve-cylinder inverted V liquid-cooled engines, in two blocks of six, with a capacity of 33·9 litres. There are two types - the A/B, with a sea-level supercharger, and the G/H, supercharged to about 13,000 feet. One of these engines was installed in a single-seater Heinkel aeroplane, which flew 100 kilometres (62 miles) in May 1938 at 394 miles an hour.

A Record Flight to Capetown and Back

THREE PAIRS OF WHEELS are attached to the hull of a flying boat to enable the aircraft to be pulled out of the water and up the slipway. Two of these pairs are arranged, one on either side of the hull, by means of anchoring points on the hull and wings; the third pair of wheels is fixed by a cradle to the back end of the hull. These back wheels can be steered to enable the flying boat to be manoeuvred into any position.

It is the high performance of the Chilton light monoplane that makes it an essentially useful aircraft, apart from the economy of its maintenance and running costs. The object behind the Chilton monoplane,which can correctly be called an ultra-light aircraft, was to design what the makers described as “a real aeroplane in miniature”. In this chapter, Arthur Clark describes the Chilton single-seater, an economical, high-performance monoplane powered by a converted motor-car engine.

THE FOUR ENGINES of the HP 42 are arranged so that only a small proportion of the noise they make reaches the passengers in the cabins. The wings are of metal construction and are covered with fabric. The front part of the fuselage in which the cabins are situated is metal-covered; the remainder is fabric-covered. The biplane tail unit has three rudders.

A CRUISING SPEED OF 100 MILES AN HOUR is provided by the Chilton monoplane with an engine developing thirty-two horse-power at 3,500 revolutions. The aircraft is a low-wing monoplane fitted with flaps which may be adjusted during flight to give different gliding angles. Wooden airframe construction is used and the wings are covered partly with plywood and partly with fabric.

LIQUID FUEL was used in place of powder in rockets with which Professor Goddard made his later experiments. This photograph shows a liquid oxygen-petrol rocket in the frame from which it was fired on March 16, 1926, at Auburn, Massachusetts. One of the advantages of a liquid fuel is that by special feeding methods a constant lifting force may be obtained.

The maintenance of the flying boats and landplanes of Imperial Airways’ large fleet is one of the most important sections of the company’s activities. In June 1938 the aircraft maintained in service consisted of fifty-nine aircraft. Upon the efficiency of the personnel who take over each aircraft when it lands on an aerodrome or touches down on the water depends the reliability of every machine and of every instrument and item of its equipment. The organization of the maintenance facilities along the two trunk routes demands a high standard of reliability. In this chapter, Sidney Howard describes how the aeroplane fleet of Imperial Airways is kept in first-class condition.

ALL PROPELLERS OF EMPIRE FLYING BOATS are thoroughly checked ever 270 hours of running. The blades are examined for scratches through a magnifying lens, and the hub gear which controls the pitch of the blades is dismantled. The steel parts of this variable-pitch gear are tested for cracks by being magnetized and covered with iron filings and paraffin. The filings would form in a heap across a gap and so reveal it.

There can be no dispute about the claims of James Allan Mollison as a maker of air history. Mollison is one of the most remarkable personalities in modern aviation. From the beginning of his career, when he was, at eighteen years of age, the youngest officer in the Royal Air Force, he has known the extremes of triumph and disappointment. Some of his flying records have given way to the inevitable march of progress, but his place in the history of aviation is secure if only for his having been the first man to fly solo across the North Atlantic westward from England, and for his having been the first to fly the South Atlantic.

In this chapter, H. G. Castle describes the many records broken by Mollison during his long-distance flights over land and sea. This is the twelfth in the series on Makers of Air History.

Invention finds more scope in aviation than in many other forms of science or mechanics. Few professions have presented so many problems to the practical inventor and engineer. The work of the designer and engineer is a branch of aviation which, because it is less spectacular, does not receive the credit that it deserves. But without the work done “behind the scenes” there would be no flying at all; let us, therefore, remember the inventors, designers and engineers who too often work “unhonoured and unsung”.

Among other things, this chapter gives some interesting details of experiments which have become familiar features of present-day flying. It has been wrongly stated that the Short-Mayo composite aircraft is not so novel an idea as it has been made out to be. Some people are under the impression that similar experiments were made during the war of 1914-18. This is not true, although it is true that tests were made with combined machines, and no doubt those who thus experimented did have some vague idea that a composite aircraft was a practical possibility. But these earlier tests were made with ordinary aircraft attached to other ordinary aircraft. A Bristol single-seater was attached to the top plane of a large flying boat. The Bristol was carried up by the flying boat and then, when height had been attained, it was released. The Bristol did not cooperate with the flying boat by giving assistance with its engine power and wing surface. It was not, therefore, a component of a composite aircraft.

Whatever the experimenters may have had in mind for the future, their immediate object with these tests was to open the way to the use of a small single-seater fighter for bringing down Zeppelin airships. The fighter was mounted on a flying boat to give it the necessary range. The aeroplane was to be released only when the flying boat had brought it within striking distance of the airship.

Aeroplanes Launched from the R 33

AEROPLANES WERE DROPPED FROM THE R 33 by means of a main release at the point of balance. A successful launch was carried out with Squadron Leader de Haga Haig in a light aeroplane. He remained in the airship during the take-off and climb and sat in the cockpit of the aeroplane later. The release was made with the airship hovering, and the aeroplane fell away in a steep dive, out of which Squadron Leader Haig immediately pulled it. 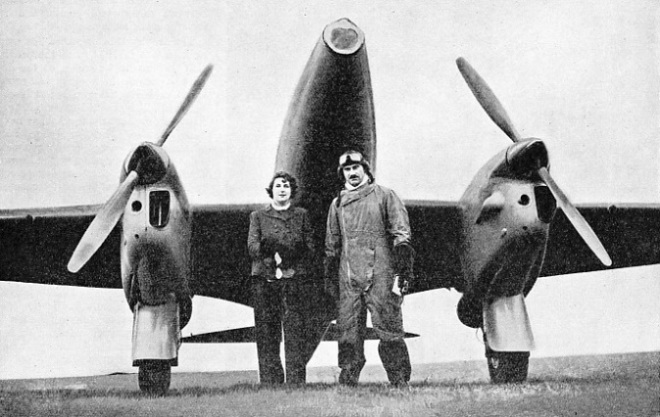 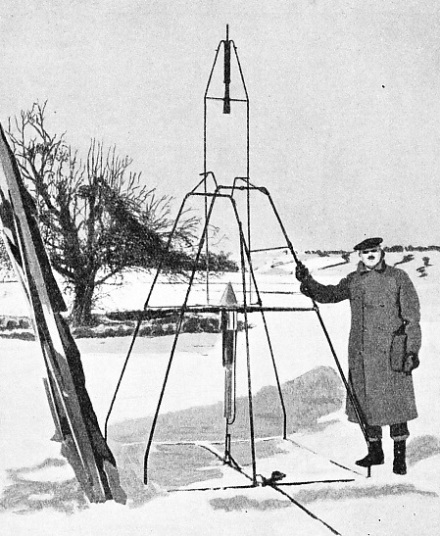 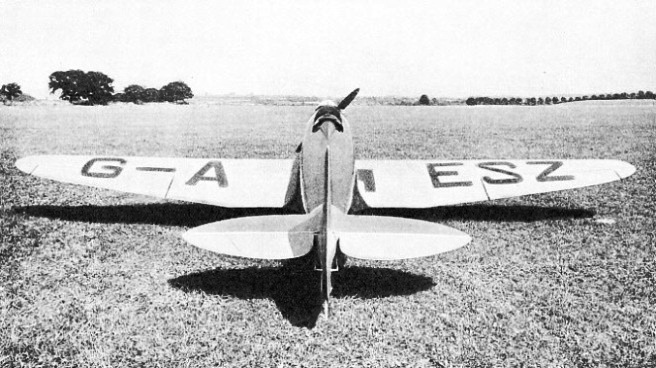 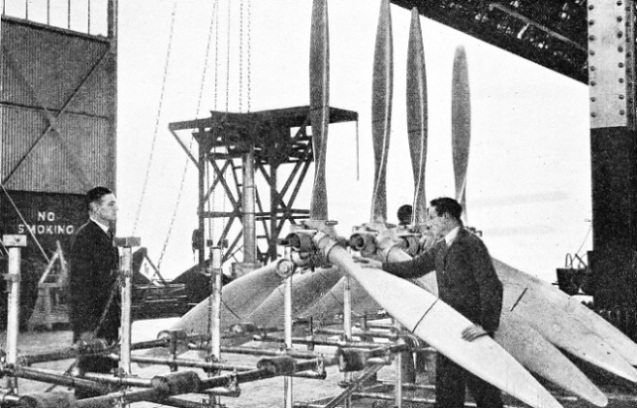 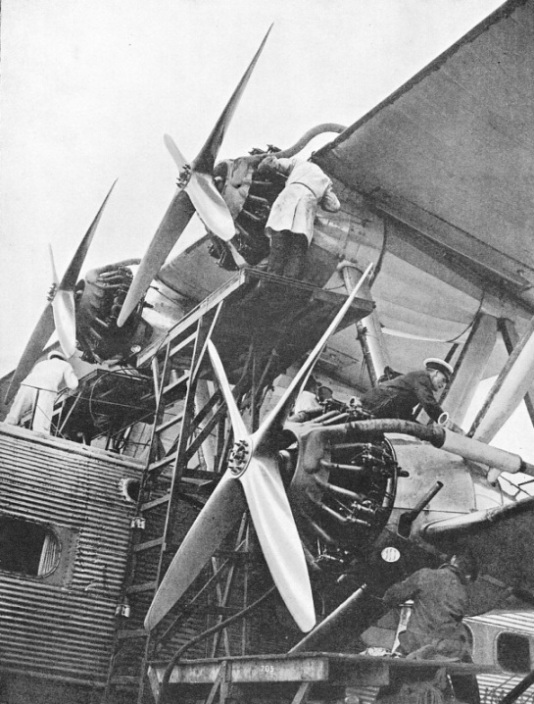 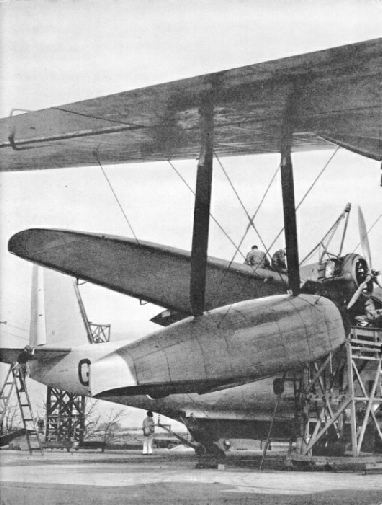 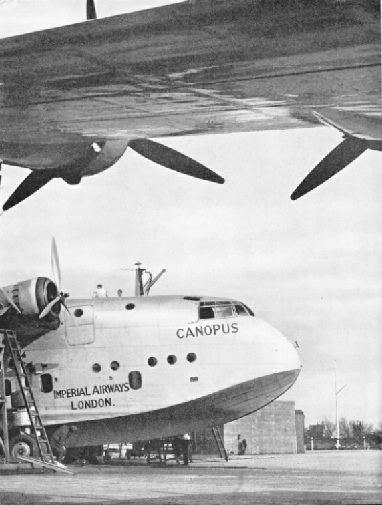 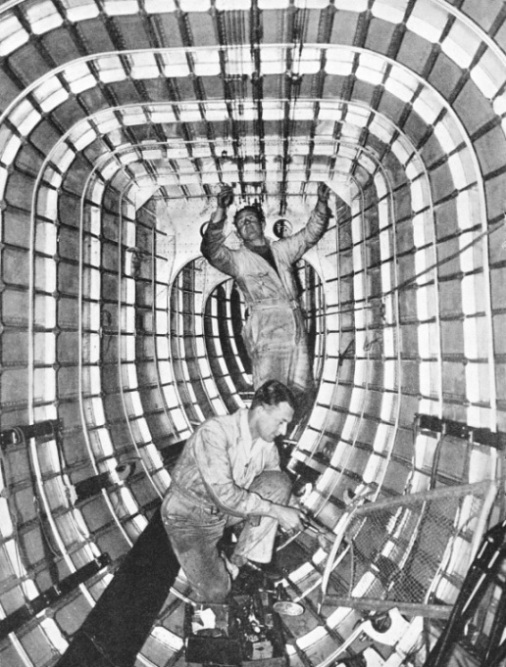 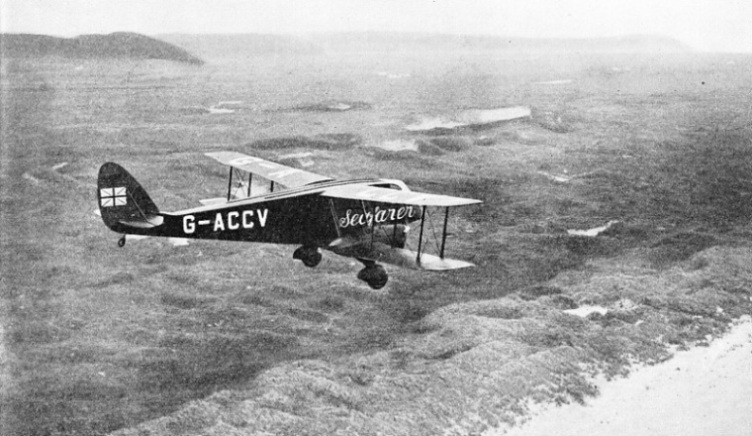 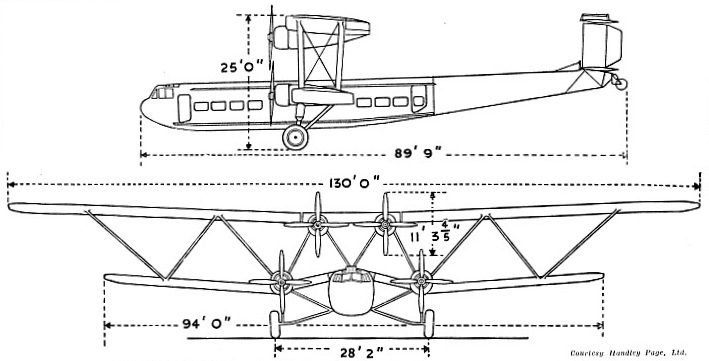 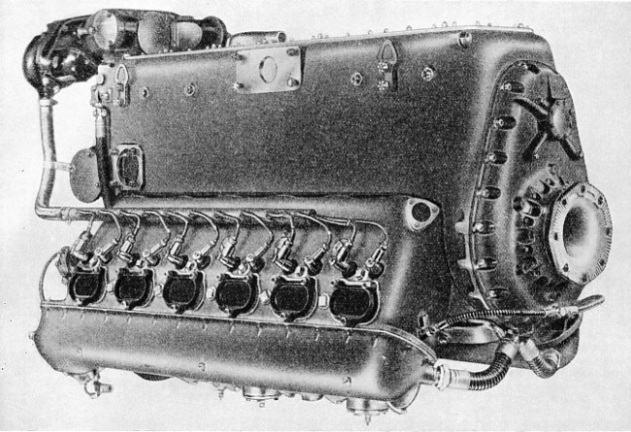 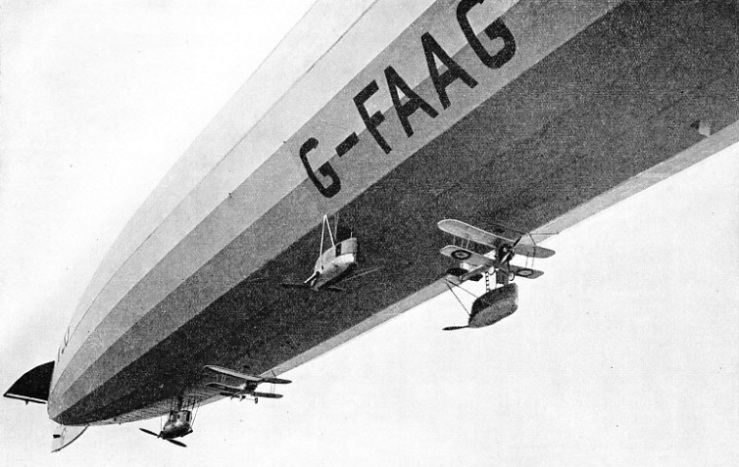